Know the language of the financial institutions! 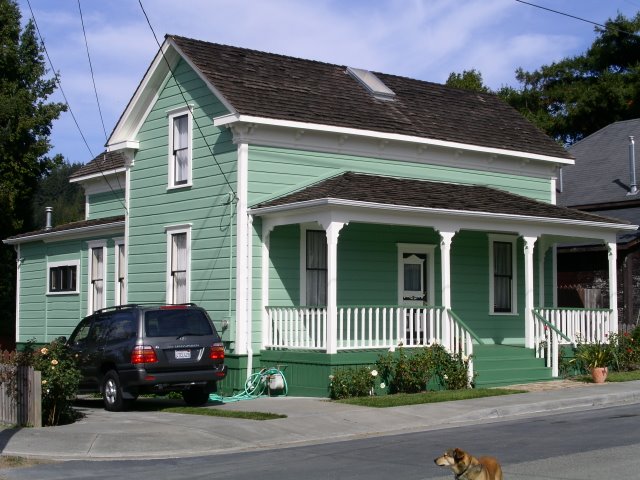 Annual percentage rate (APR) is the cost of credit expressed as a yearly rate. The APR includes the interest rate, points, broker fees, and certain other credit charges that the borrower is required to pay.

Conventional loans are mortgage loans other than those insured or guaranteed by a government agency such as the FHA (Federal Housing Administration), the VA (Veterans Administration), or the Rural Development Services (formerly know as Farmers Home Administration, or FmHA).

Escrow is the holding of money or documents by a neutral third party prior to closing. It can also be an account held by the lender (or servicer) into which a homeowner pays money for taxes and insurance.

Fixed-rate loans generally have repayment terms of 15, 20, or 30 years. Both the interest rate and the monthly payments (for principal and interest) stay the same during the life of the loan.

The interest rate is the cost of borrowing money expressed as a percentage rate. Interest rates can change because of market conditions.

Loan origination fees are fees charged by the lender for processing the loan and are often expressed as a percentage of the loan amount.

Lock-in refers to a written agreement guaranteeing a home buyer a specific interest rate on a home loan provided that the loan is closed within a certain period of time, such as 60 or 90 days. Often the agreement also specifies the number of points to be paid at closing.

A mortgage is a document signed by a borrower when a home loan is made that gives the lender a right to take possession of the property if the borrower fails to pay off on the loan.

Overages are the difference between the lowest available price and any higher price that the home buyer agrees to pay for the loan. Loan officers and brokers are often allowed to keep some or all of this difference as extra compensation.

Points are fees paid to the lender for the loan. One point equals 1 percent of the loan amount. Points are usually paid in cash at closing. In some cases, the money needed to pay points can be borrowed, but doing so will increase the loan amount and the total costs.

Private mortgage insurance (PMI) protects the lender against a loss if a borrower defaults on the loan. It is usually required for loans in which the down payment is less than 20 percent of the sales price or, in a refinancing, when the amount financed is greater than 80 percent of the appraised value.

Thrift institution is a general term for savings banks and savings and loan associations.

Transaction, settlement, or closing costs may include application fees; title examination, abstract of title, title insurance, and property survey fees; fees for preparing deeds, mortgages, and settlement documents; attorneys' fees; recording fees; and notary, appraisal, and credit report fees. Under the Real Estate Settlement Procedures Act, the borrower receives a good faith estimate of closing costs at the time of application or within three days of application. The good faith estimate lists each expected cost either as an amount or a range.

The information on this site was produced by the CDC and the USDA and compiled by the site owner. We are not responsible for the accuracy or completeness of this information. Site Design and layout (c) 2007 giantific.com

This domain and web site may be for sale!